This week should be an interesting one, and the links we have today are ones that might be old or interesting to you in this space: 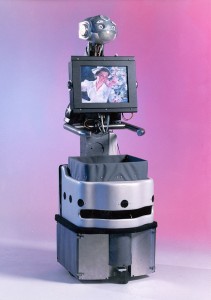 NurseBot courtesy of CMU, U of Pittsburgh and Nursebot Project

Rumor has it that some exciting news about one of the RPS family will be making announcements on their improved solution which is rumored to have HD video, two-way video and even zooming capabilities.