WIth the last day of February upon us, I have been doing a little bit of Spring Cleaning and seeing what other stuff has been out there in the past. In coming days, I will be bringing out some of the past content in robotic telepresence / remote presence to see where we are and where we are going.

On to our links: 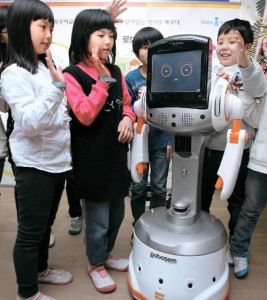 Want to hear a secret?