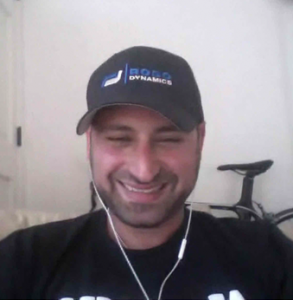 As usual, I started this interview with the standard: how did you start in robotics? For Fred, this is an unusual question since he graduated with a degree in business from USC, after taking two semesters in film.

“I watched Star Wars way too many times – maybe over a thousand times by the time I was 15. I was always fascinated by the cool robots and the notion that the robots were part of everyday life in this world. In the movies, people were living and working with these robots. So, I would play with electronic kits (like the old Radio Shack Electronic Kits) and learned about mechanics and electronics at an early age.”

In 1997, live footage of the Mars Sojourner recaptured Fred’s imagination. He was amazed at how the video happened – just a short 8 minute delay on CNN live. He thought – an avatar on Mars; there must be applications here on Earth.

After graduating, Fred got involved in real-estate and was making good money. Around September 11th, he decided that he wanted to pursue his dream of robotics. So he spent two years talking to people in academia, the military and corporations – to learn why robotics had lagged the technology wave for so long. The concept is not particularly revolutionary (e.g., Golem was thousands of years ago), but he could not understand why robotics seemed relegated to the academic space. Why not create a home robot? He had seen many companies sputter just building robots for the sake off building robots; he wanted to solve a real problem. And that is when the thoughts of the Mars Sojourner returned.

Why not create a remote avatar? In 2003, 30% of the workforce was working remote, and by 2008 it was projected that 47% would be working remotely. There was going to be a need for remote workers to work collaboratively with their local colleagues. So, in September 2003, Fred started RoboDynamics – funding it originally with the sale of his car and apartment and returned to his parent’s basement. Within six weeks, he had a prototype. A year later, the MILO platform was born.

MILO was intended to solve the telepresence problem – kept the extensibility with APIs and such. But, as others had discovered, the cost of the system was quite high – the retail price of MILO was around $40K. After a year of work, Fred almost had to put RoboDynamics into bankruptcy. But then, they got a contract with iRobot to leverage some of the telepresence technology of MILO for the Roomba platform. With this contract, and others that followed, RoboDynamics got another lease on life. 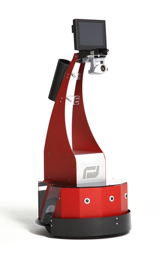 As work continued with iRobot, Fred was able to apply capital into the revamping of MILO. After a couple of years, RoboDynamics introduced the TiLR platform – at 1/4th of the price of MILO.

In the Summer of 2008, RoboDynamics began to deploy the TiLR to interested customers. The first deployment was with google’s Lunar Prize group – to help facilitate collaboration between members offsite. As more of the TiLRs began rolling off their “production line”, people wanted them.

“Every time we deployed a TiLR for testing, within 60 days – the customer would want to buy it.” Every time they completed a batch of TiLRs, they would sell all of them, and had only a 1.5% return rate. The problems and travails are well described in this Singularity Hub post. By the end of 2010, RoboDynamics had deployed more than 50 TiLRs in the field.

While RoboDynamics stopped selling the TiLR in Summer 2010, the specifications of the TiLR are still quite interesting.

Lessons from the Field

Since Fred was working from limited fund, he had to be quite inventive with materials and other components. For example, he used 61/60 aircraft aluminum and Lexan (polycarbonate) for the body and windshield wiper motors for the drive. While it might sound kind of flimsy, the TiLR was designed to traverse industrial spaces and be easy to work with.

The TiLR was essentially a PC on wheels – x86 processor running Windows XP Professional. It turned out to be the smartest decision he made because bringing the TiLR into businesses easily fit into the standard IT departments infrastructure. At that time, the IT guy could maintain the TiLR as easily as he would be maintaining a PC.

The camera was a blessing and a curse because pilots could look at a remote screen from 300 ft away and read the information very clearly. This caused some interesting personal space issues, but one that is going to be addressed as we develop better RPSes.

A number of other ideas were developed with the TiLR including the “drive wheel” seen on the Rocketship software where people could pull a ball up on a screen to represent the direction and speed of the TiLR as well as a warning system for sonar detection – signaling red/yellow/green to represent clearance in front of the TiLR. All of these ideas are not unique, but TiLR was one of the first to bring them to light.

And finally, customers often installed a USB Nerf dart launcher on TiLR – but RoboDynamics had to install it all the time. And there was born the seeds of another idea: what if there was a personal robot platform that was simultaneously programmable and affordable – wouldn’t people be willing to do interesting things with it? 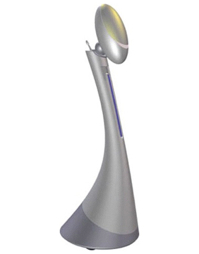 Fred has shown me his own manifesto of what a “personal robot platform” should be:

Human interact-able, programmable and affordable – but as every robotist knows, its all in the sensing and actuation. The problem is that sensing and actuation are issues that are very much application dependent. Fred feels that the robotic companies needs to define a common set of sensing and actuation components for all of these robots. Allow people to specialize in what they are great at – instead of trying to be perfect at everything. For example: his vision of the personal robot needs to autonomously sense and navigate and he wants to solve it in the next five years. He could try to raise the money to be the best at solving this problem – or he could work with others to agree ont he features and then support them in the operating system.

I asked – Why not let the market decide? Fred feels that either we agree to it now – or the market will dictate it for us. “We are such a nascent stage of robotics – if we decided to collaborate now – and we assigned different efforts between each other – and one did one piece did the nav, the OS, the LIDAR, etc. Instead of having the ecosystem in one company – have companies specialize and become really good in one thing.”

What is next for RoboDynamics?

So, Fred stopped selling TiLRs back in Q2 2010 and has been feverishly working on his next idea.
He started RoboDynamics to make personal robotics as prolific as PCs – but it has not happened yet. Why?

“Make robots as pervasive as computing. I want to put a robot in every home by 2020.” His manifesto – hinges on an ecosystem of differentiation and provides a rewards-based feedback loop. It is not enough to have an ecosystem like Russia or France where the government supports the ecosystem. It is important to have an infrastructure to get rewarded for good work.

Fred will be publishing his Personal Robot Manifesto in the next few months – spelling out a hardware platform and a proposed software platform. While Willow Garage ROS is seen as the defacto robotic OS platform, he feels you still need a PhD to play with ROS. Compare robotic development to gaming development – you do not need an advanced degree for iPhone development. And the extent that we are complacent for this – this is a frictional factor. This complacency applies to all aspects to robotics – which will extend the time it will take to achieve putting a robot into every home. Companies can do parts really, really well – or build entire robots that are “kind of” good. Fred wants to position RoboDynamics in the marketspace and see how people/players will become adjunct to the concept. 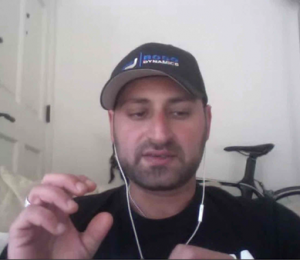 But Fred is an entrepreneur – he does not see that there is only one business model that determines success. iRobot makes IP and then either makes a product and sells it or licenses it or both. As a company – have to make something and make money out of it. As CEO of RoboDynamics – Fred is a huge fan of open, while he was not always this way.

Not until four years ago did Fred grow to appreciate open source; three years ago he figured out how to make money off of open source and he feels there are many ways of making money in open source (contrary to Colin’s opinion). Fred feels that having open systems is far more valuable than closed systems provided that we (the robotics industry and robotic enthusiasts) do rally behind the open systems. ROS has become the defacto platform. As long as we support them and innovate on them, then things can grow within the framework. But as for iRobots’ AWARE2 platform, he feels he has no direct investment in knowledge, growth and understanding of the platform. Fred sees the tradeoff as simply stability versus the flexibility and community support. And that is why he is a fan of ROS and open source.

What’s next? Well – Fred hints at something and I get to see – just like you – sometime later this week.