Poor video due to software limitations

Using the double became an interesting chore when being too far away from the device (as in across an ocean) – when we had people attempt to connect, they were unable to complete the connection.  This could be an effect of network connection or the power of the iPad we were using (iPad2), but it caused unfortunate experiences with others trying to connect.

The video experience was also a bit to be desired, which we feel could be due to two of the double’s dependencies: reliance on software acceleration for their video on the iPad and reliance on the Chrome browser to optimize the video on the user’s computer.

One of the limitations that Apple has imposed on their software vendors is that they are not able to use the hardware acceleration available on the iPad, and that they must stick to software performance.  Because of this, Apple video products (e.g., FaceTime) will always look exceptional when compared to Skype or any other video app.  Unfortunately, this limitation is also presented to the double application on the iPad device.  When we tested the double using an iPad Air on the head of the device, the video and controls notably improved.

Secondly, if the pilot is using the web-application, Chrome is also not as powerful as a stand-alone processor for h.264 video – which is why Google requires users to download a video plug-in for the Google Hangouts to support their video codec.  Again, double uses the power of the browser which also is less powerful than what could be used by directly accessing the hardware acceleration that may be available on the desktop or laptop. 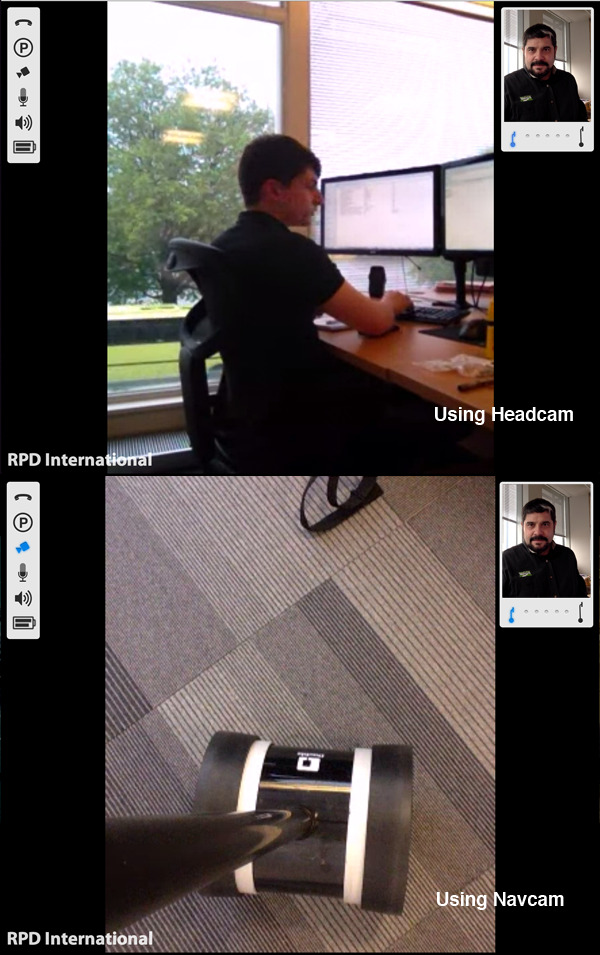 One of the more difficult situations we discovered was the lack of visibility we had when navigating around busy physical spaces.   While the fish-eye lens greatly increased our visual understanding, it was the lack of spacial awareness of where we were in relation to our feet that was the greater challenge.

While open spaces were easy enough to drive through, when it came to tighter spaces (or spaces with lots of people), in order to navigate, we needed to change the perspective to look down via the second camera (the back camera of the iPad) and navigate around obstacles – all while not seeing the people we were navigating toward.

While this brings us back to the days of using the Anybot QB (flipping back and forth between views), the lack of continual spacial awareness and loss of information was somewhat daunting.

One of the things we at Pilot Presence grew to appreciate was the speed of response that the Beam Pros support – when you ask for a left, a left is what you get with minimal noticeable latency.  With the double, it seems like command communication is not as high import as is on the Suitable device.

Our initial experiments were using an iPad2 whilst using the double to move around our remote office, and the controls kept coming up short and caused the double to run into things – sadly emulating the experience the double showed on The Good Wife.

Once we replaced the iPad2 with the iPad Air, things notably improved – video was slightly better, frame rate increased and commands were more responsive.  But when trying to reuse the iPad2 as the preferred headpiece, it became obvious that it would require slower speeds and a careful stop-and-check at every moment – creating our own delay into commands.

Audio not particularly strong in pickup and projection

While we spoke of its easy acceptance by most of the locals when they saw the device, the bigger challenge turned out after people accepted the device in the general space.  With the iPad mic and speaker as the primary modes of audio communication, we rapidly discovered that we were not easily heard – even when we amplified ourselves from our laptops. Listening to the conversations by the locals was also more challenging than we originally expected, seemingly limited by the omnidirectional mic in the iPad itself. 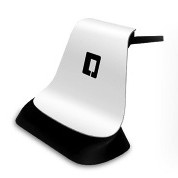 While the new head of the double provides the much needed fish-eye lens and the ability to charge the iPad without having to have a separate charger attached to the iPad, the greatest weakness for the double is the reliance on the locals to have to disconnect the double from the charging cable.

Funnily enough, someone has to remove the cable from the base of the double before the double is available for use.  Thus, if the double is connected, the pilot needs to call into the location – whether via the double itself or some other communication channel – and have the double disconnected from the power source.

With the new charging dock getting to customers, this particular problem will easily be rectified.